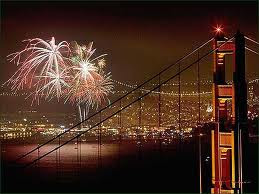 Thank you to all who signed up over at Goodreads. Over 500 people have entered! Not bad for some unknown author obsessed with ghosts... Hope you all win. If not, make sure you stop by the bookreading at BookShop West Portal on April 5th at 7pm. Lots of surprises there!

In these last few days, please blog, tweet, threaten your friends about Grave Refrain. It's a romance for those who don't typically like romances, a ghost story with both stylish and evil specters, and a mystery with one foot firmly in the 1930s. Plus, it has stoner spiritualists. Here's a snippet from one of my favorite scenes. Emily is surrounded by these guys while searching for ashes in the Columbarium:

Dwayne looked petrified, like someone had just handed him a ticking time bomb, which wasn’t far from the truth. He awkwardly put his arms around her, guiding her off and up the stairs with Emily resisting all the way until they reached the top. A couch was tucked in the corner, the back covered in an abundance of velvet pillows.
Emily finally gave in to his efforts and felt a stray tear steal down her face as she turned her head into the pot-reeking softness of his shoulder. He sat there as she unloaded her whole day, her whole week, her whole month into his tattooed arms.
Finally, after what felt like an eternity, her voice raw from the telling and a few more of her tears shouldered away, the equally wary faces of Dinesh and Buck poked around the corner. Dinesh ventured closer and offered her a large glass of wine that she took with shaking hands.
“Drink up, sister. You look like the dead.”
She snorted and gulped the wine down in one swallow. It hit her stomach like a fist. Dinesh glanced at Buck who begrudgingly handed his glass over. “But it’s good vino, man. Those Lipshit people are loaded.”
“Lipswitch,” mumbled Dinesh.
The second glass disappeared without a hitch. Warm tendrils of alcohol spiraled down to Emily’s feet.
“Look, we’d really like to help,” said Dwayne, “but we got another gig across town. There’s a Wiccan spiral dance over on Valencia. We promised Dinesh’s girlfriend, Lucretia, we’d be there like a half hour ago. She’s gonna turn me into a newt or some other shit if I don’t get going. Man, witches…”
Buck didn’t utter a word, just looked apologetic and shrugged his shoulders as if to agree with the vagaries of the supernatural.
“Meet you in the van, dude,” said Dinesh as Buck followed silently, and with a wave goodbye, their footsteps clodded away leaving Dwayne staring down at her.
“Look, it’ll probably get me fired, but why don’t you stick around and look for those cre-mains? Just flick the lock on the door when you leave. It ain’t like you’ll be getting any visitors this late at night. I’m just gonna close up the office downstairs. Can you believe them giving me an office? Righteous.
“Oh, yeah, here, if you have any problems.” He patted his jacket and withdrew a card.
Emily held it up in the dim light:
Dwayne Cobshib
Palmist, Tarot Card Reader, Spiritualist and Security Guard, The Columbarium
His phone number was listed, followed by the e-mail address of ghotzseer@dead4u.com. She managed a smile.
“A séance might be just what you need,” Dwayne informed her. “They really like to dish the dirt on each other. The secret is to find the right spirit guide to allow the positive energy to flow.”
Emily nodded weakly and wondered how she had gotten to this point, sitting in a crypt after hours, chatting about communicating with the Great Beyond after barely escaping the clutches of a very live man with the help of a very dead woman.
Grave Refrain, pages 158-159.
Posted by Sarah Glover at 2:45 PM